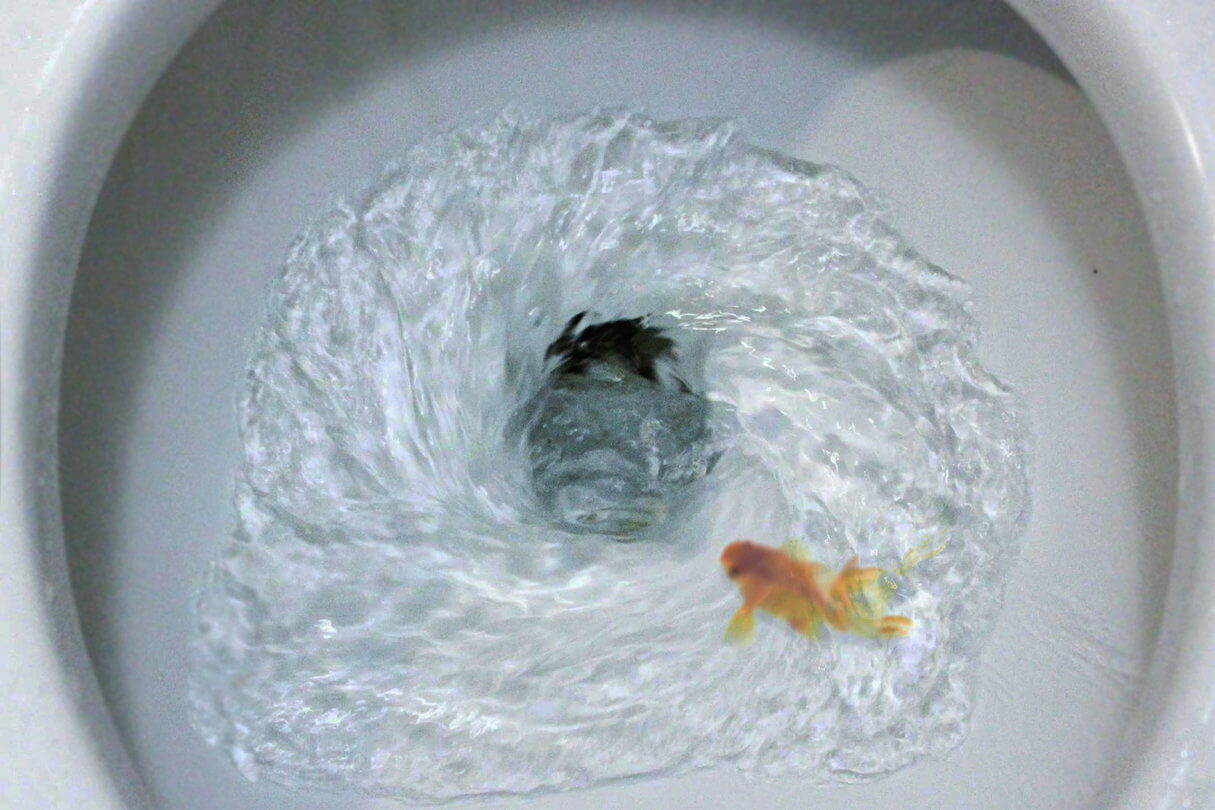 We use our sinks, showers and toilets a couple of times every day but have you thought about whether these activities you've been used to are correct? Here are some of the most common misuse of plumbing utilities that though seemingly harmless, can lead to big plumbing issues that would require professional and prompt work.

Flushing food waste down the sink

Flushing food down the drain is one of the most common misuses of plumbing in the whole world. This is also the number one reason for blocked pipes and drains. If you still prefer to clean your plate of food waste down the drain, opt for sinks with waste disposal units which can catch the food waste and then eventually empty the bin through proper waste disposal means. Other garbage disposal units also have a grinding chamber where solid food waste is broken down to tiny particles which can then be washed away by the water and down into your drain. In addition to flushing food scraps down the drain, most people also choose to expel grease waste down the sink. Since grease might accumulate and eventually form a solid block that can clog your pipes, ask your plumber to install a grease trap under your sink which they can eventually empty out and properly dispose of in a couple of months or yearly. Have your drains and pipes occasionally serviced as well by professional and licensed plumbers to prevent major plumbing issues such as clogged sinks and burst pipes.

Flushing your dead fish down the toilet

Flushing dead fishes and other small animals down the toilet is strictly discouraged and even illegal in some states! Some people believe that the best way to honour their dead fishes is to flush them down the toilet to bring them to the sea. This is a misconception because there is no guarantee that the fish will end up in the sea. For one, various plumbing systems work to separate the liquid from solid waste and thus your dead fish will just end up in a waste management facility provided that it survived the plumbing system and stayed intact. Flushing your dead fish and other small animals down the toilet can also cause bigger problems such as a blocked toilet or a burst pipe. For these cases, it’s best to bury your dead animal friends in your backyard where they can properly decompose and go back to the earth, or on a pet cemetery where they can properly rest in peace.

Placing tapes on cracks and leaks in pipes

Since most people do not have a Plumber’s tape or a Teflon tape at hand, they use electrical tape to seal small cracks and leaks. Others also use materials such as packaging tape, duct tape and masking tape which are all temporary solutions to a problem that can burst when not properly addressed. For small cracks, use a Plumber’s tape or a Teflon tape to seal the gap. You can also use a PVC adhesive to fill the small gaps caused by the cracks. Remember to check up on the remedies that you have done for if there are still leaks from these gaps, it’s a sign that you now need to call a professional plumber to do plumbing maintenance and repair.

Some people do not shut off their plumbing during emergencies for fear of aggravating the issue. Plumbing emergencies can range from leaky faucets and continuously flushing toilets to burst pipes and broken water lines - which all consume copious amounts of water. If you are attempting to apply first-aid to a minor plumbing problem, you still need to shut off your plumbing especially if you do not know which caps or knobs release high water pressure. Never keep your water running during a plumbing emergency for you will not only flood your house but you shall also increase your water bill especially if it’ll take a long time for the plumbers to arrive.

When a toilet clogs, or when a pipe bursts, our first instinct is to apply some sort of first-aid. This can mean plunging a toilet or shutting off your plumbing and then sealing the bust pipe with PVC adhesive. When everything seems okay, most people tend to forget that what they’ve done is just a temporary fix and then they leave it at that before another bigger problem arises. DIY Plumbing is okay so long as it is only for minor plumbing problems like a slow draining sink or a clogged garbage disposal unit. But when it comes to crucial plumbing issues like broken hot water systems, clogged toilets and burst pipes, it’s necessary to call on professional plumbers since they have the knowledge and the tools required to fix these issues.

If you do not know the extent of the root of the problem, best let the professionals and the experienced plumbers fix your plumbing to avoid safety hazards and further the plumbing problem. If you call The Plumbing and Gas Guys on 1800 087 244, we can send a single or a team of our master plumbers depending on your requirement. From the simple leaking taps, to installation of hot water systems, to emergency plumbing jobs we cover all cities in Perth Metropolitan Area.

Why is my water bill so high even though I do not do anything outside of my usual routine?

Do you always wonder why you have a high water bill even though you know you do not consume anything outside of your usual? Most people often experience this and they try to check if they had a previous activity that required more water consumption – perhaps a guest was staying over for the month, or they purchased a new tub that they’ve used since then, etc. But others check for leaky taps and other plumbing issues to see if those were the cause of their high water bill.

Putting aside increases in water tariffs, damaged plumbing is the number one reason why households are getting a higher than average water bill. 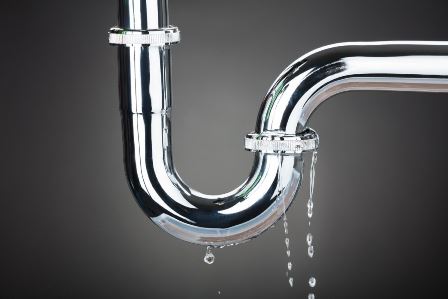 A leaking tap is one of the most common reasons for high water bills. Most people tend to just ignore a leaky tap especially when the drip is slow. But did you know that a leaky tap with a rate of 1 drip per second can waste up to 20 litres a day? Imagine how much more water you’ll waste when it’s dripping at a rate of more than 2 drips per second. Always remember to tighten your faucets to avoid running water. Don’t overlook a leaking tap – make sure to tighten those knobs or call a licensed plumber to help sort out the problem.

A running toilet is just as bad as a blocked toilet. When you flush your toilet, do you know notice how long everything goes down the drain and water eventually settles? Depending on the size, the average toilet uses 6-32 litres per flush; but when you have a running toilet, water is continuously being wasted. If you do not see to this your water bill will surely skyrocket! That’s why if you’ve noticed that your toilet takes too long to flush, or if there’s a hissing sound, make sure to call a licensed plumber to check your leaking toilet. 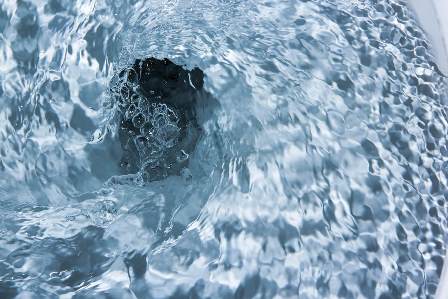 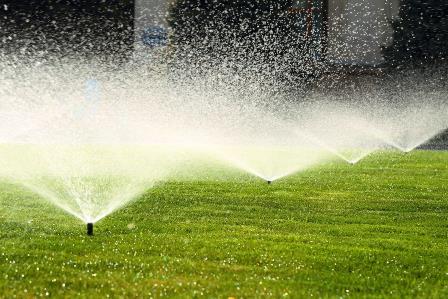 Though a high water pressure seems good, having too much of it is bad especially when you consume too much when you just need a little. Having excess water pressure is not good when you have an automatic sprinkler system that rather than waters your plants, it drowns them instead. We can be waterwise by checking the duration and time of the day our reticulation is set for. In addition, too much water pressure can also cause strain which may damage pipes and joints, leaving them vulnerable to leaks and corrosion.

It’s important to have your plumbing checked every year since damaged pipes – including the joints and seals, can cause a lot more problems including water leakage as well as bursting pipes. Since most pipes run behind walls and underground, most dripping pipes are often overlooked – making you spend more money without you even noticing it. That’s why, if you feel like your water bill has gone through the roof make sure to call a licensed Perth plumber immediately. 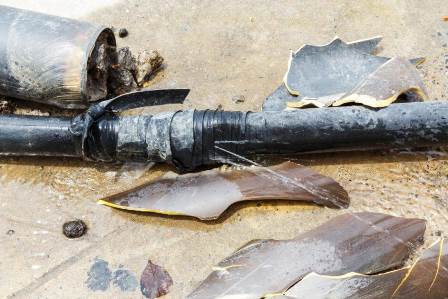 A leaky tap, a running toilet, excess water pressure, and damaged pipes are not only bad for your household finances – but can also impact the environment especially when other parts of the world are experiencing water shortages.

Help us help you resolve your plumbing problems!

We do a whole lot more than just fix water leaks…

At The Plumbing and Gas Guys, we do plumbing, electrical and gas installation and maintenance. Get in touch with us on 1800 087 244. We have 24/7 customer service ready for your emergency plumbing and gas issues.